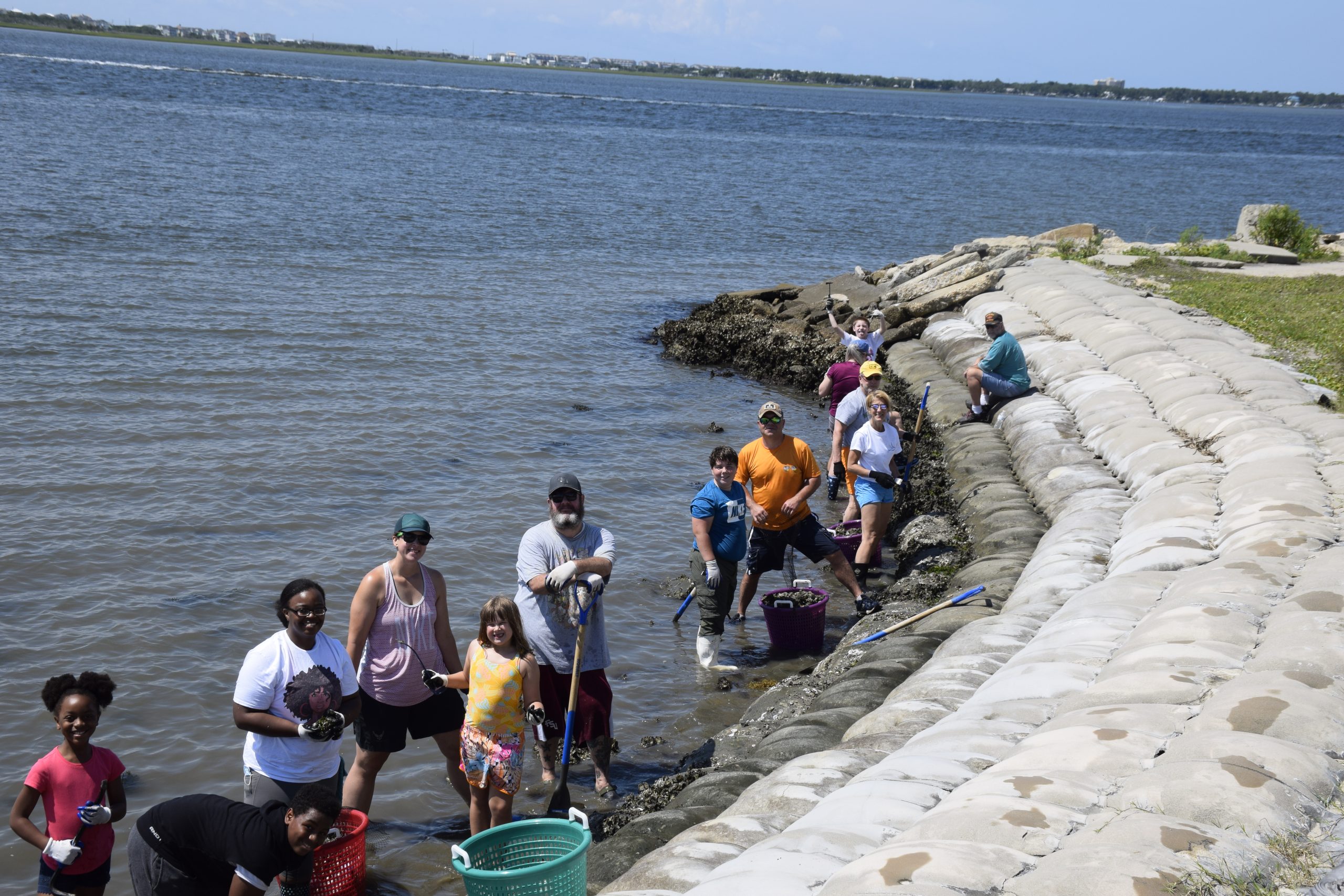 Carteret Community College has enlisted the help of Ryan Mroch, a Life Scout in Scouts BSA Troop 130 based out of Morehead City, to prepare the campus shoreline to fix damages resulting from Hurricane Florence. Mroch, along with approximately 40 people including scouts from four Scouts BSA troops and community members, began relocating oysters from the section of damaged shoreline along Carteret Community College’s coastline last weekend. The volunteers removed the oysters from the rocks and concrete, placed them in bags, and then relocated them to another part of the shoreline. The volunteers will continue their work on this project on June 19, 20 and 21.

“As part of our permitting to repair the shoreline and build a living shoreline, the College is required to relocate the oysters that are currently in areas where they would be crushed to give them a chance at survival,” said Steve Sparks, Vice President of Operations and Facilities at Carteret Community College. “I thought this would be an excellent project for a Scout to use as an Eagle project. We are so excited to give Ryan this opportunity, and he’s done a great job so far.”

As part of the requirement to earn his Eagle rank, Mroch must complete a project where he demonstrates leadership. According to Mroch, he and the volunteers helping him have dedicated approximately 200 hours toward his project to date.

“I am so thankful to so many people for helping me,” said Mroch. “I’m thankful to the College for trusting me with this opportunity, for providing guidance, support, and for providing EMS faculty and students to staff the First Aid tent. The Carteret Community College Foundation donated food for the volunteers this weekend. Lowe’s offered a discount on the tools we needed to complete the project. The NC Coastal Federation has donated oyster bags and allowed us to borrow equipment for volunteers to use. Of course, I owe a huge thank you to the volunteers who are helping me relocate the oysters and eventually place them back to start a new reef.”

“A Hornaday Project is an Eagle-level project that focuses on conservation, but also requires scouts to do independent research on their topic. To earn a Hornaday Award is rare,” stated Mroch. “To put it into perspective, last year 61,353 people were awarded the Eagle rank. In 80 years, approximately 2,200 Hornaday Badges were awarded and only about 1,200 Hornaday Medals were awarded. You have to earn four Hornaday Badges in four different conservation areas to get the chance to earn a medal. My goal in scouting has always been to earn a medal.”

Mroch worked with his Hornaday Counselor and Conservation Counselor to create his research idea to expand this project from an Eagle project to a Hornaday project. When construction is complete, Mroch will move the oysters back to the original location to create an oyster reef. Mroch will monitor the newly constructed reef regularly to study what changes occur on the reef.

Sorry, the comment form is closed at this time.