29 Mar Youth of the Year

Posted at 13:13h in Uncategorized by Logan Okun
Share 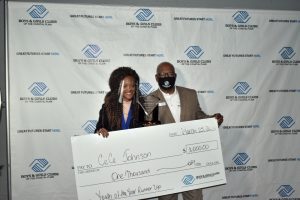 “Earning these awards means that my hard work paid off,” said Johnson. “I haven’t given up any of my commitments whether it’s academics or athletics, even with the barriers the pandemic created. I continued to stay focused on the end result.”

According to the Boys & Girls Club website, the organization has been honoring and celebrating the nation’s most inspiring teens and their incredible journeys for more than 70 years. Each year, thousands of Club teens participate in local, state and regional Youth of the Year events. Six teens, including five regional winners and a national military youth winner, advance to the National Youth of the Year Celebration, where one outstanding young person is named Boys & Girls Clubs of America’s national teen spokesman.

To qualify for Boys & Girls Club Youth of the Year, the person must have an active record and continuing membership in a Boys & Girls Club or affiliated Youth Center for at least two years prior, recommendation from the Unit Director and community member, strong academics, an application which included several essays with specific topics and a resume, a speech, and an interview.

“Cece is an outstanding young lady,” said Cory Johnson, Principal of MaST Early College High School. “We are proud of her efforts and celebrate her accomplishments inside and outside of the classroom.”

Johnson resides in Beaufort, NC, with her parents Willie and Lasheca Johnson. Her goal is to graduate in 2022 with not only her 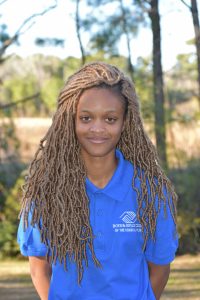 After graduating from high school, she plans to enroll in a four-year college to study Criminal Justice/Forensic Science, minor in Creative and Professional Writing, and join the track and field team.  As a track and field athlete, Johnson was named 2020 News-Times Winter Season Girls Indoor Track & Field Athlete of the Year, MileSplit USA The Best 100 Soph-Fresh Jumpers, Indoor In 2020 Long and Triple Jump, and 2020 1A/2A Coastal 8 Conference All Conference Indoor Track for long jump, triple jump, and 55 m dash. She was also a member of the East Carteret High School 4×100 relay team winning 1st place at the 2019 NCHSAA 1A State Outdoor Championship.