Posted at 16:17h in News by Logan Okun
Share 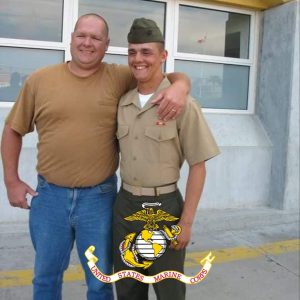 Morehead City, N.C. (September 21, 2022) – Ryan Schallock is a second year student in the Emergency Medical Services program and is the recipient of the Bunn Family Foundation Scholarship. Ryan served five years in the U.S. Marine Corp as a military police officer prior to becoming an EMT.

In 2019, Ryan began his career as an EMT. When he entered the field, he learned that the field was actually his dad’s first career. Ryan’s dad passed away in 2015 and never knew his son followed in his footsteps.

“My dad is the one that pushed me to help people and really epitomized what I try to do in this career field to this day,” Ryan explained.

Last year, Ryan made the decision to attend Carteret CC to become a paramedic. Ryan’s ultimate goal is to become a director of an EMS system and an EMT instructor. He said these two jobs represent the highest level in the field.

“Getting this scholarship meant the world to me,” said Ryan. “Yes, I had my GI Bill, but that ran out due to my indecisiveness on what career I was going to follow. Now, that I know my career path, I was afraid I wouldn’t be able to finish. Now, I can.”

If you would like to learn more about establishing a scholarship, please contact us at (252) 222-6262 or at reashb@carteret​.edu.